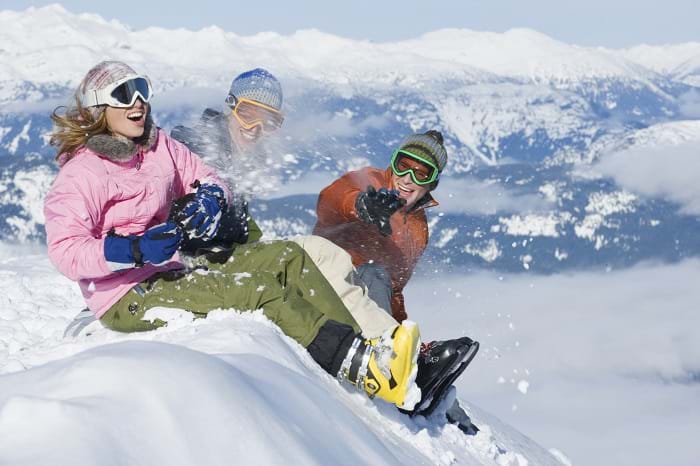 Ahh Whistler...there’s so much to say about this hugely popular ski resort, but we feel we should begin with something rather important.

If you’re travelling all the way to Whistler to encounter new experiences and people, bear in mind that you’ll probably meet a lot of people from your neck of the woods.

The joke amongst Canadians is that Whistler Blackcomb is overrun with Australians. So, from a community and cultural perspective, think of the place as merry bunch of Aussies playing in the snow rather than the sand. You're likely to be served by an Aussie in many of the bars and restaurants, and it is quite probable that your ski instructor will be an Aussie or Kiwi - it is a popular spot for working holidays.

This is a huge mountain, with a list of fantastic credentials as long as its ski runs.

The ski resort hosts the highest vertical drop in North America and offers a massive array of terrain diversity, as well as a brilliant lift system.

Whistler is the biggest ski resort in the world, outside of Europe. It's easily accessible via Vancouver (a 125km drive) and loaded with enough off-slope activities to charm the pickiest of travellers.

Basically, as with many banging tourist hotspots, it's easy to see why this mega-ski resort is a top pick for Australians in search of the Canadian ski experience.

When we said Whistler Blackcomb was ‘HUGE’, we meant it.

Instead of having a trail map to navigate your way around the slopes, the folks in Whistler have an atlas. The resort covers a mammoth 8,171 acres of skiing terrain, with over 200 marked runs, loads of off-piste adventures to be had, and a sheer drop of 1,609 metres.

If you’re a new skier, there are great baby slopes in Whistler, and top-to-bottom green runs to conquer once you get your confidence up.

For skiing and boarding experts, the elevated open bowls provide loads of opportunities for adventure. Plus, there are many world-class terrain parks and extreme steeps to get the adrenalin charging.

If fun times off the slopes is as important as fun on the slopes, you'll love it here.

Whistler is famous for its awesome, convenient nightlife. The pedestrian-only village is lined with amazing restaurants, cool shops and some of the best bar scenes you can imagine.

If you’re going to indulge in a few of those famed Canadian Caesars, this is where you want to do it!

An added bonus is that ever since the Olympics was hosted in Whistler Blackcomb - and more than a billion dollars spent on giving the iconic Sea to Sky Highway an extreme makeover - the journey to the resort has become much safer and easier.

Why would I want to ski in Whistler Blackcomb?

It is, of course, also blessed with that stunning Canadian natural beauty we’ve come to know, love and dream about. In a nutshell, one would be hard pressed to have anything but an amazing time visiting Whistler Blackcomb.

Getting to the slopes in Whistler Blackcomb

Whistler has world-class ski lifts and gondolas, which make it easy to get up the mountain. The Peak 2 Peak Gondola joins the side-by-side mountains. However, the queues at popular lifts can get long, very quickly, in the peak season.

While the resort gets great snowfall, its proximity to the coast means the snow gets wet. So unlike the heavenly champagne dry powder of the interior mountain ski resorts of Canada, Whistler can be hard work on your legs and glutes. On the upside, just think of the head-turning magnetism you'll have after a few days working out on the slopes!

Also, accommodation in this buzzing ski resort can be expensive, although there are some cheaper alternatives in Whistler, if you know where to look or who to ask... and that's where we can help! 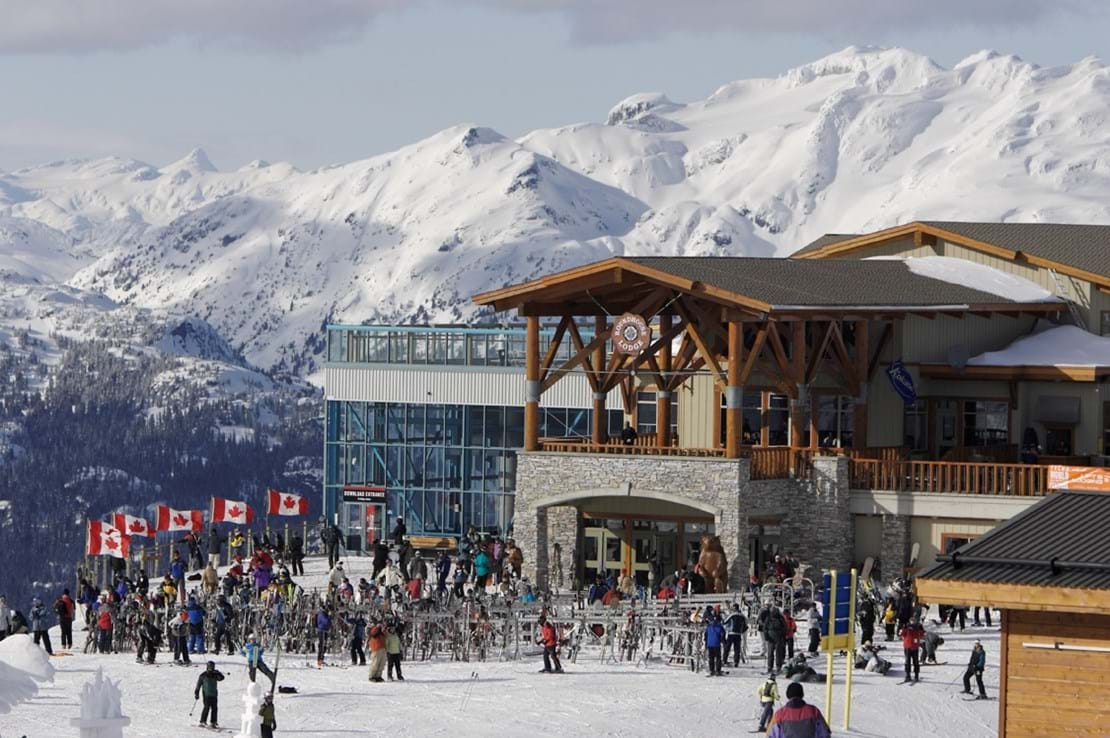 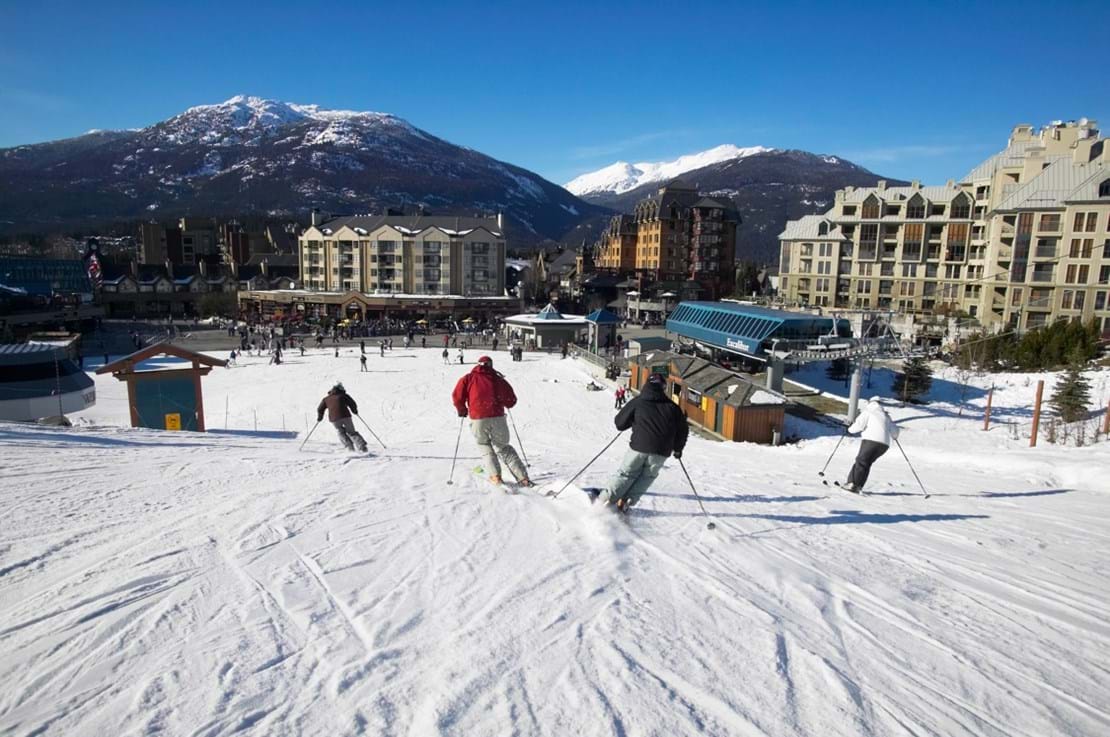 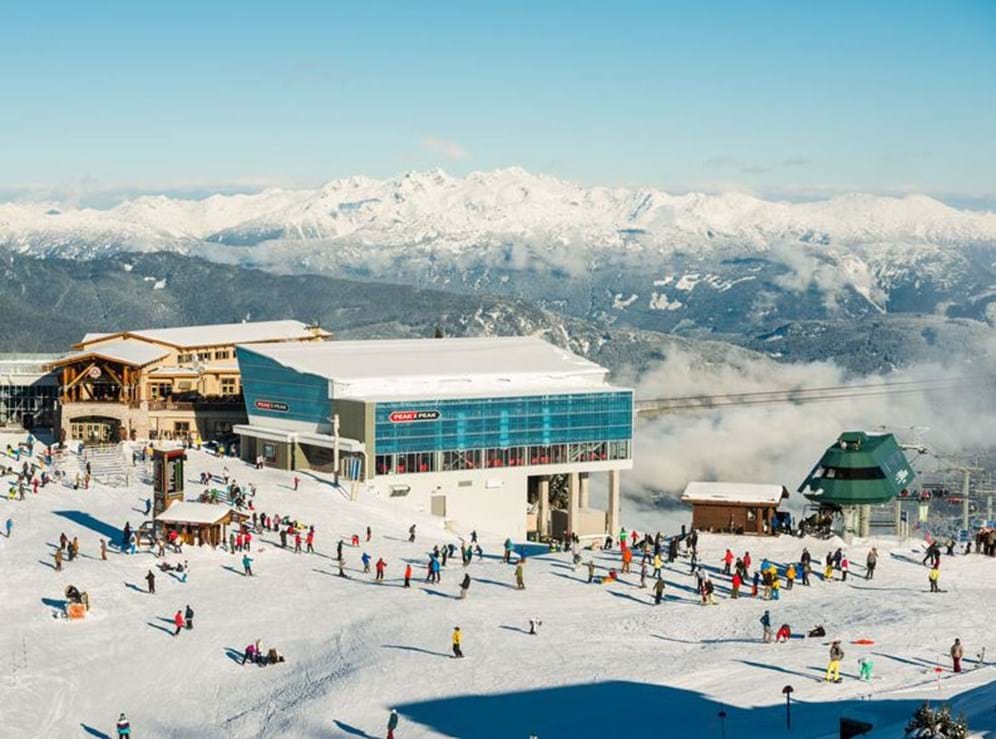 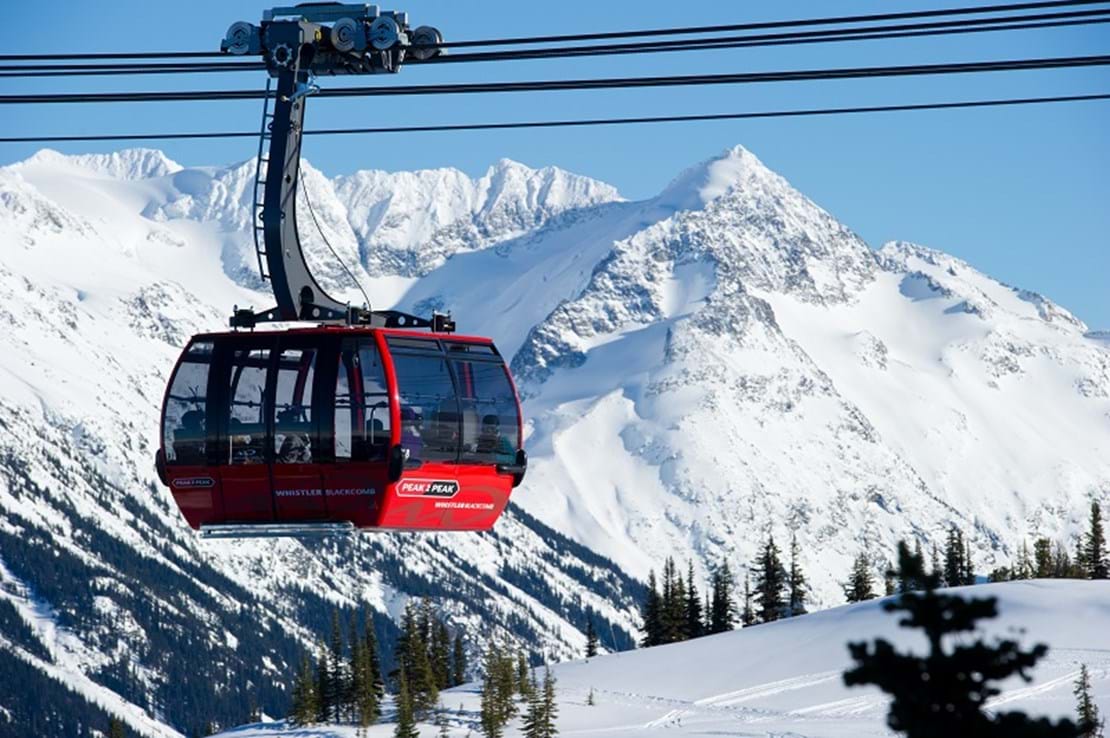 Like some help from a Whistler travel specialist?
Contact us today for Canada holiday planning and advice.